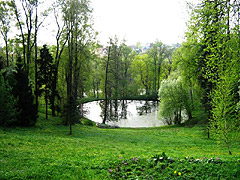 Hot June again forced Moscow authorities to remember about the deficit. This time there is shortage of beaches. Currently the capital of Russia needs equipped beach areas, which could receive about 300.000 people. But today the Russian capital has equipped beaches, which are able to receive only 35.000 visitors. Such figures are provided by the Interfax agency quoting the Moscow vice-mayor Lyudmila Shevtsova.

For non-compliance of water quality with hygiene standards were closed three beach areas: "Beach Club", "Big Garden Pond" and "Levoberezhnyi". Here will be installed warning signs prohibiting swimming. Another sampling of water for the test is planned for June 20, 2011.

Among the beaches that in the near future can be developed are: beaches along the Zhivopisnaya street, beaches of the Kirov and Stroginsk flood plains, as well as Schelokovsky beach number 1. The government of Moscow already has positive experience of cooperation with private companies. With the help of private capital have already been equipped two beach areas: "Silver Wood-2 "and "Silver Wood-3". The total number of investments is amounted at 20 million rubles.